"Since we're all here, let's discuss our plan when I or your mother dies.

This was what my dad went with as a conversation starter during one of our recent family dinners. The topic itself is already a huge downer regardless of when you bring it up, but it's more unsettling to me than it probably was for the others at the table for a few reasons: First, my dad is both a man of few words and an amazing conversationalist. He is very concise, direct to the point and almost never spits out bullshit. I know he would never open with this. Second, my dad is pushing 71 and my mom is in her late 60's; both are are definitely in the twilight of their lives; I am hyperaware of this precisely because of the final reason: Not a lot of people know this about me but, at a very young age, I obsessed about the whole concept of death and dying--its permanence, time being linear and how we're all powerless to even influence it, and how everything just fucking culminates in death. We don't have a choice in the matter. We all die whether we like it or not. More often than not, we don't even get to dictate the terms or manner in which we die. 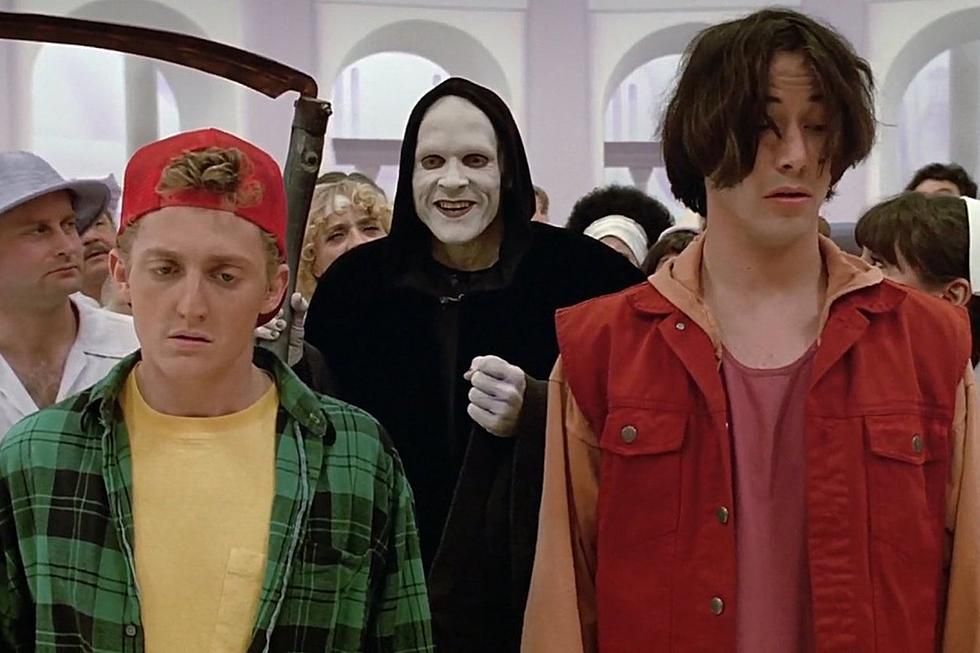 My obsession with death kicked off an existential crisis that I still struggle with to this day. Majority of my 20's were marred by clinical depression, anxiety and panic disorders-- all of which I can  attribute to the way I obsessively think about death.

The inevitability of my own death isn't the only thing that terrorizes me. I probably dread losing any of my loved ones even more.

With both my parents a few years from hitting the worldwide average life expectancy, it made me realize how witnessing your parents age is one of the greatest tragedies of growing up and being an adult. There is something profoundly horrifying about seeing the same people you believed to be invincible for a good part of your life manifest chinks in their armor and begin to show irreversible vulnerability and increasing frailty.

I look at my mom and, while she remains physically active and still has impressive stamina, she has undeniably lost some pep in her step and tires easily nowadays. My dad who was able to thoroughly kick my ass in any sport or physical activity up until he was in his 60's is now visibly in pain when he descends the stairs and complains about how he couldn't keep up with his grandson anymore.

Relative to their age, my parents are both in good shape and remain mentally sharp. But they, like everyone else, are slaves to their biology. While I wish to have them around for as long as possible, I have also learned to be be realistic and treat each year I continue to have with them as a bonus.

I also realized that the best way to deal or at least cope with the crippling dread I feel towards death is to resign to its inevitability, be comfortable talking about it and prepare for a good death.

My problem is that I, fortunately (or unfortunately), have very limited experience with death. I have sat at only one or two deathbeds and I know that society's general attitude towards preparing for death doesn't help either. Any discussions related to what people perceive to be premature preparations for death are met with either rebuke or ridicule. Typically, you're going to be met with variations of: "Huwag ka ngang magsasalita ng ganyan!" or "Malayo pa yun!"

This attitude coupled with modern medical science measuring its success by how closer to the upper limit of the lifespan it can push the elderly and warding off death for as long as possible both get in the way of people actually planning for a peaceful and dignified death. It removes agency from dying.

We plan for a good life but why is planning for a good death an uncomfortable premise?

When I think about why my dad said what he said, his intentions were painfully obvious: He was planning for his death and, at the same time, he was continuing to look out for me and my brother. He doesn't want us to be burdened and start scrambling and panicking when the inevitable comes. He wants us to have a plan. Looking at things from that perspective makes me appreciate just how amazing my parents truly are.

We plan  for college, we plan for our first home purchase and we plan for retirement. But why do we typically stop there? We plan for a good life but why is planning for a good death an uncomfortable premise?

We plan every detail about having a baby--from what we're going to name them, the type of bassinet we're going to buy to what color we're going to paint the baby room. Considering death has always been a part of the same cycle birth is on, why don't we plan death with the same level of detail? In hospitals, there is a stark contrast between how births and deaths are handled. While new babies are showcased in nurseries, the dead are usually zipped up into body bags and carted out service elevators, as if death is some sort of shameful failure

Planning for a good death goes beyond making sure you have a cemetery plot and a funeral service paid for and ready to go at a moment's notice. It also involves planning for how you want to be treated while you are dying.

I want to have as much agency as possible in dying

At the few death beds I've sat at, death is treated very clinically. The hospital rooms in which people die are sterile and bereft of any personality and life. From what I observed, dying in a hospital is not peaceful nor is it spiritual in any sense. I wouldn't want to die in a hospital. When confronted with incurable conditions doctors turn to procedures to "fix" things--symptom by symptom, organ by organ. This usually keeps the terminally ill technically alive, but end up being barely-recognizable husks of their former selves.

Modern medicine assumes that living as long as possible regardless of the resultant quality of life is what everyone wants. Without an explicit plan for a good death, relatives of the terminally ill unfortunately enable this and we can't blame them. Humans are inherently selfish; without having received explicit directives from the terminally ill when they were still coherent describing the parameters of how they want to be treated when they start dying, relatives would typically default to squeezing in as much "extra time" with the dying.

I want to have as much agency as possible in dying. I will have the conversation with my parents and when it's my turn to start planning for my own death, apart from getting my estate in order, I  am going to write directives as specific as:

Tyrion Lannister actually had it all figured out:

Shaggar: How would you like to die, Tyrion, son of Tywin?

Tyrion: In my own bed, at the age of 80, with a belly full of wine and a girls mouth around my cock.

← Promoting candor by breaking down hierarchies What's even the point? →