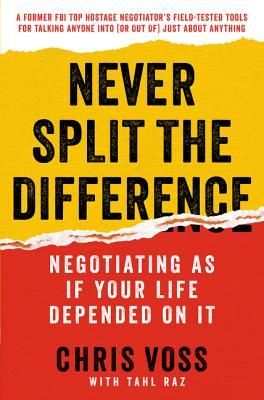 Just finished reading Never Split the Difference - Negotiating as if your life depended on it. It's pretty "meh" overall but, but it does have a couple of amusing stories and interesting concepts:

1. Chris Voss, the author, was a former FBI Negotiator who was instrumental in hostage negotiations in the Philippines with Abu Sayaff on two separate occasions. The first occasion was successfully negotiating the release of Jeffrey Schilling in 2000.

He talks up ex PNP SAF Chief Benjie Lusad as a masterful negotiator and the key to the resolution of the Schilling abduction. He even goes as far as calling Lusad a hero and a patriot. Staying true to the mold of a typical Philppine government ranking official though, Benjie Lusad was implicated in a 59 Million peso embezzlement case where he misappropriated funds meant to be paid out as allowances to his troops.

The second incident was the infamous bungled rescue attempt of Gracia and Martin Burnham in 2001 which resulted in Martin Burnham dying from wounds inflicted by friendly fire.

2. The concept of an "accusation audit" -- it's basically a negotiating tactic where you list down all the negative things the person you're negotiating with can say about you, using labels to disarm him and influence perception.THIS was exactly what Eminem did to destroy Papa Doc in the final rap battle from 8 Mile! I told you that shit was ahead of its time!

"This guy ain't no motherfucking MC
I know everything he's 'bout to say against me
I am white, I am a fucking bum
I do live in a trailer with my mom
My boy Future is an Uncle Tom
I do got a dumb friend named Cheddar Bob
Who shoots himself in his leg with his own gun
I did get jumped by all six of you chumps
And Wink did fuck my girl
I'm still standing here screaming, "Fuck the Free World!"
Don't ever try to judge me, dude
You don't know what the fuck I've been through
But I know something about you
You went to Cranbrook, that's a private school
What's the matter, dawg, you embarrassed?
This guy's a gangster? His real name's Clarence
And Clarence lives at home with both parents
And Clarence parents have a real good marriage
This guy don't wanna battle, he's shook
'Cause ain't no such things as halfway crooks"